How to make a wonderful mini woven cork board 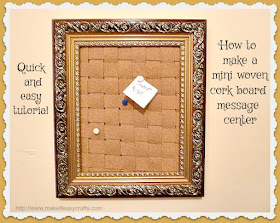 If you are looking for a small bulletin board for quick messages and notes this mini woven cork board fits the bill.  It is so easy to make using an old 8 x 10 frame with the glass removed.

Did you know that you could buy rolls of contact cork inexpensively in most discount department stores?  The contact back has lines with exact measurements which makes cutting quite easy.  So lets get started!

1.     Cut 1” strips using the lines on the backing paper as a guide.  Cut as many as will fit across the cardboard.  (I cut 8 across the top and 9 down the sides.) Use masking tape to tape the strips vertically across the corrugated cardboard.  (The tape strips will be removed later) 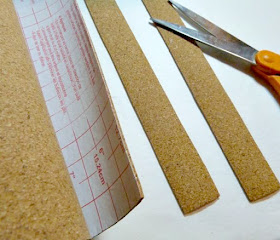 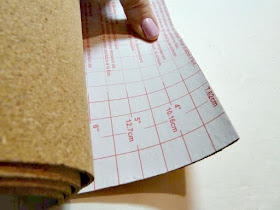 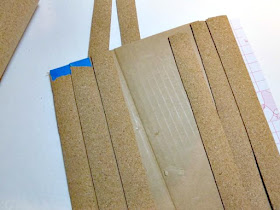 2.     Begin weaving the cork strips over and under as needed. You don't have to remove the paper backing from the cork.  After you have woven to the bottom use the glue gun to add some glue to attach the strips to the cardboard.  Remove the blue tape from the top. 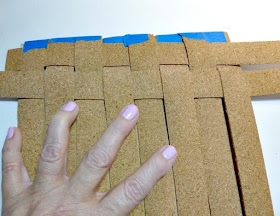 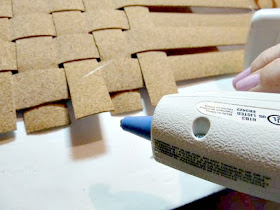 3.     Now trim up the edges of the cork to be flush with the corrugated cardboard backing.  You can use scissors but it is easier and neater to use a craft knife on a cutting board. 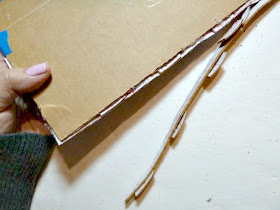 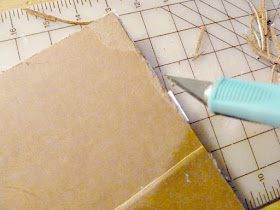 4.     Place the cork board into the frame and secure.  Hang over a desk or other area where you would like to put small messages. 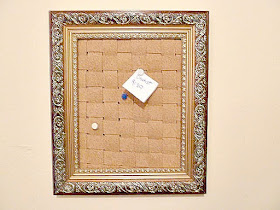 How to make an awesome leather tassel from an old handbag 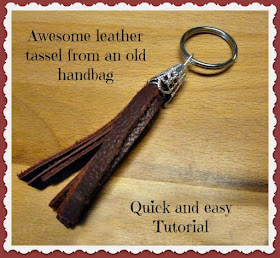 Yes you read it right.  In the following tutorial I will show you how to make an awesome leather tassel that you can use for a key ring, backpack bling or just for decoration on a drawer pull.  It’s so easy and pretty much free since you use an old handbag that you cut up to recycle the leather.  And tassels and pompoms are all the rage right now!

You will need a handbag that has thinner leather and is flexible enough to cut with regular scissors.  If you don’t already have one, you can easily find one at a thrift shop or a yard sale.  You can re-use the leather in a myriad of ways so come back often for more quick and easy tutorials like this awesome leather tassel!

1.     First cut a piece of leather from an old handbag.  The leather you choose should be thin enough to cut with scissors.  (You may also use synthetic leather if you wish)  Using a ruler measure 8 strips 2 ½” long by ¼” wide.  The measurements do not have to be exact since it is a tassel. 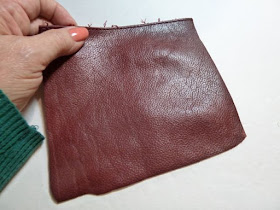 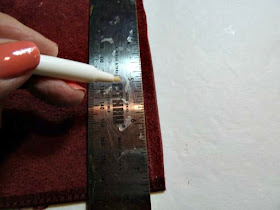 2.     Cut the strips making sure they are approximately the same length.  Next, cut a bit of leather off one end of each strip to make it into a point.  This will make it easier to tie them all together with the wire. 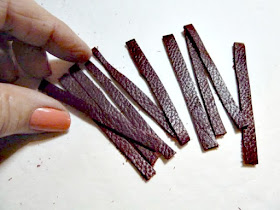 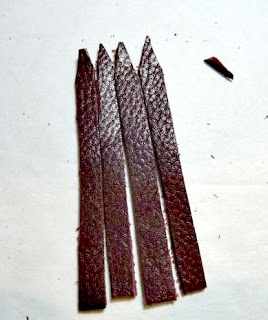 3.     Now bunch all the strips together and twist about 2 ½” of wire tightly around.  Using the needle nose pliers, keep twisting so the bunch of leather is very tight. 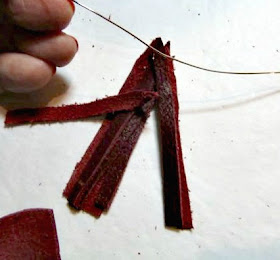 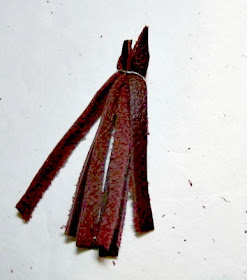 4.     Thread a size E seed bead on to a head pin.  Add a bit of glue on the bead, then, pull it through the hole in the top of the jewelry cap.  The glued bead will keep it stationary. 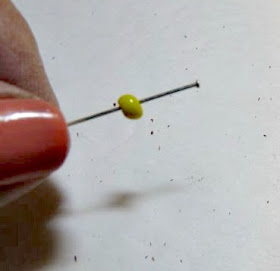 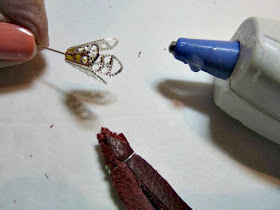 5.     Now add some more hot glue to the top of the tied bunch of leather strips and insert into the jewelry cap.  Let dry.
6.     You will have a straight piece of wire at the top.  Use the needle nosed pliers to curl the wire into a loop around.  This will be where you can attach a key ring or a clip to use your tassel. 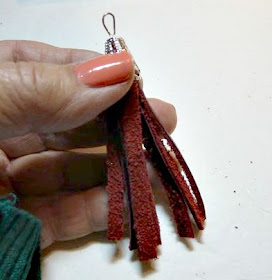 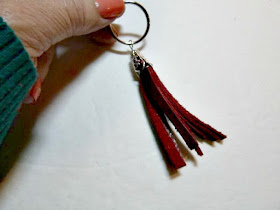 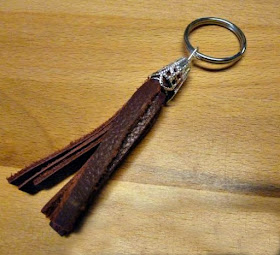 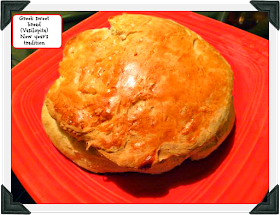 Who will get the lucky coin in the New Year’s Greek sweet bread? Every year from the time I was a child we always had Vasilopita or Greek sweet bread. The baker adds a coin inside before baking and the person who gets the slice with the coin will be lucky all year.
There are so many superstitions and traditions when it comes to New Year’s Day. I always make black-eyed peas with rice, which is a lucky dish to have in the south where I grew up. My grandmother always felt that a man should be the first to enter the house on New Year’s Day for luck and wouldn’t open the door for a woman. My mother would send my brother’s outside to walk back in just to be safe.
The most enjoyable New Year’s Day tradition for us was always the Vasilopita or Greek sweet bread. And all of us kids would hope we would be the lucky one to get the coin.
The bread is only slightly sweet and is great with a cup of coffee. This bread is especially tasty toasted with butter for a super breakfast dish.  If you've never made bread before this one is a really easy one and has a subtle flavor with a dense texture. So it's best to cut the bread in medium thin slices.

Ingredients:
In a large bowl pour hot milk over the butter, sugar and salt. When milk becomes lukewarm add two beaten eggs and the two yeast packets.
Next add cinnamon, nutmeg, and flour.   Knead until smooth. Form into a ball and place in a greased bowl. Then, cover with a clean towel and let rise until it has doubled in bulk.
After it rises, punch the dough down and shape into two round loaves and place in greased pans. Insert a coin in each loaf. Brush with beaten egg white. Cover and let rise again. 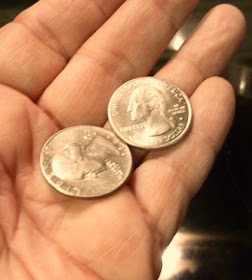 Finally, bake in a preheated oven at 350 degrees for around 30-35 minutes or until lightly browned. Now that your loaves are baking you can see how easy they are to make.
Makes two round loaves.