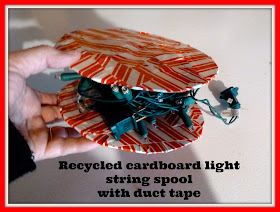 Christmas 2013 is history.  And in a few days, after you ring in the New Year you will have to put away all the Christmas things.  But wait—remember when you took out those light strings at the start of the season and they were in a big knot?  Well a light string spool would solve that problem and using duct tape and recycled boxes from Christmas makes it cheap and easy.

Tube from the inside of a aluminum foil roll (They are smaller around much stronger than paper towel tubes.)

1.     Use a compass to measure and mark two 4-inch diameter circles on a piece of corrugated cardboard.  Cut out both circles.  Using the same center mark, place the tube on each cardboard and use a marker to trace around. 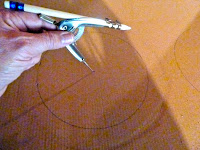 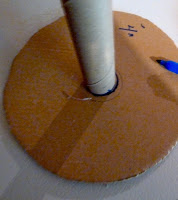 2.     Cut out the center circles using the sharp pointed scissors.

3.     Insert the tube through the small center hole letting about 2 inches poke through.   Use the scissors to cut all around the tube and fold down spoke style.  (This is the outside of your spool) 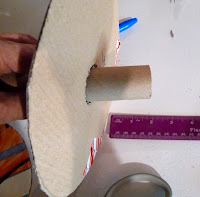 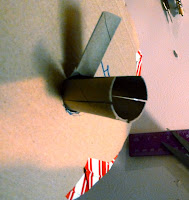 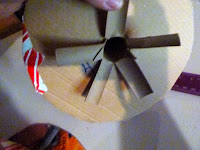 4.     Use some duct tape to tape the spokes on the outside of the cardboard and cover the entire outside with more duct tape. 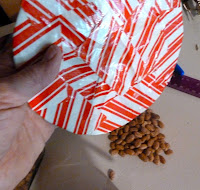 5.     Insert the other end of the tube through the second cardboard and cut off to about the same amount as the first one, leaving as much in the center as needed.  Cut the ends of the tube around, fold down like you did on the opposite side. Set it tube side up and fill with beans. The beans give it a bit more body when wrapping the light strings. 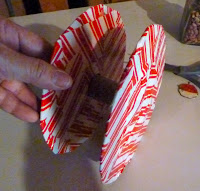 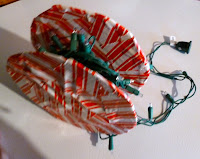