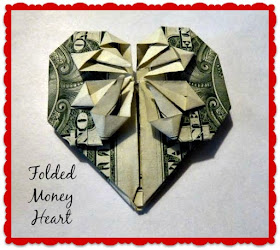 They say a dollar doesn't buy much anymore.  I find that dollars can purchase more smiles than you can imagine. Have you ever folding a dollar bill into something non-monetary? In this world where people are more self centered I enjoy just surprising someone with a folded dollar bill.

It may be the hard-working hostess or waitress in a restaurant.  Sometimes it's a child who is not very happy at the moment.  Sometime's it's the perfect thing to stick in a Valentine's Day card. The thing is, it's a surprise when someone gives you something without any expectation of something in return except a smile.

I love to seeing the happy looks on someone's face when I give them a dollar that has been transformed into something else.  The only problem is they never want to unfold it and spend it.  Then again, maybe that is not a real problem.

With Valentine's Day approaching I thought these little dollar bill hearts will brighten someone's day. And it's so easy, just follow the simple directions and you too can share happy hearts in abundance.

A crispy dollar bill (One that is fairly new)
A few minutes of your time (Origami is very relaxing, but addictive as well)
A straight pin or opened paper clip (Something to help open the tiny folds)

1. Begin with the dollar with Washington facing up.  Fold one corner of the bill to the center and crease.  Do the same with the other side.  Your fold lines will form an X.  Repeat on the opposite end of the bill. 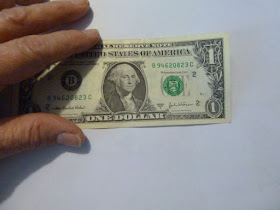 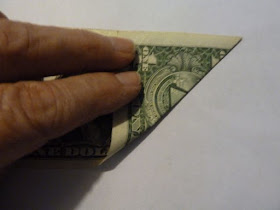 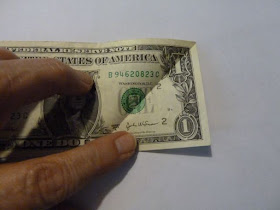 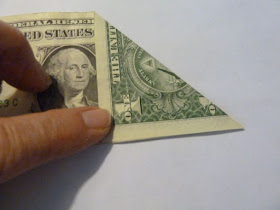 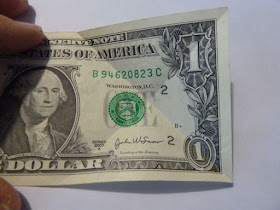 2.  Open the bill and turn over and fold down right at the center of the X to make a crease.  Now use your finger to push in the sides, and you will have a point.  Working on the opposite end of the bill do the same.  (See photo) 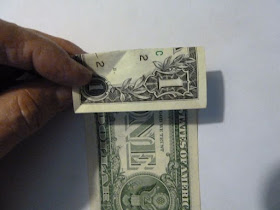 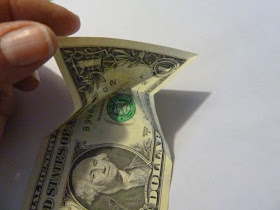 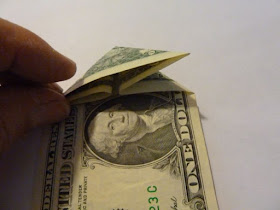 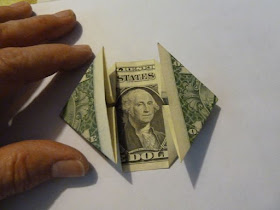 3.  Now working on one pointed end, fold up just the top layer.  Fold he other pointed end up as well meeting the two. 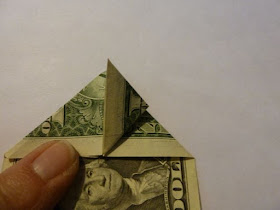 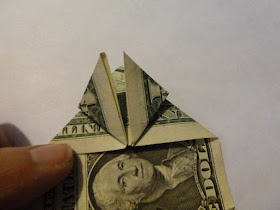 4.  Now using a straight pin or opened paper clip open this point and with your finger press down.  Wow, you have as square!  Do the same with the other point as well.  You will have two squares next to each other. 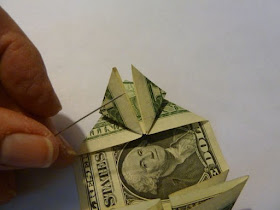 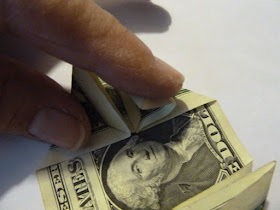 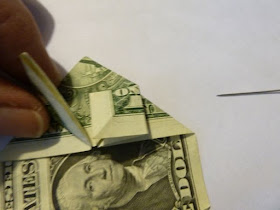 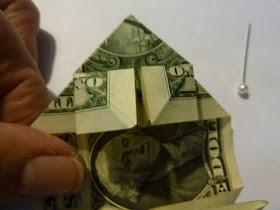 5. Now is the tricky part but it's not really hard...just follow the photos.  Fold up each side of the square into a little kite shape.  Next use the pin to open the folded piece and press down.  You have a little decorative point at the tip.  Repeat for the other folded piece.  Do the same with the other square. 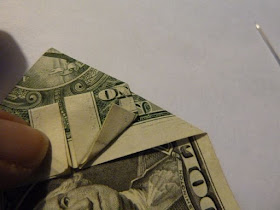 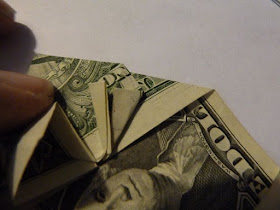 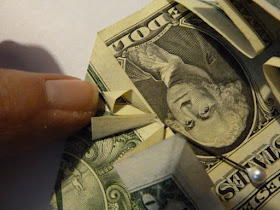 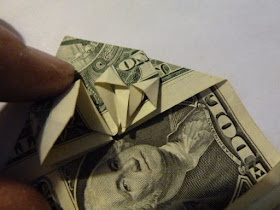 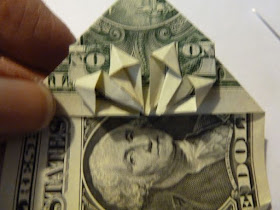 6.  Repeat steps 3-5 with the opposite pointed end of the bill. 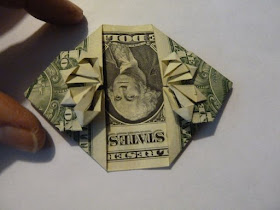 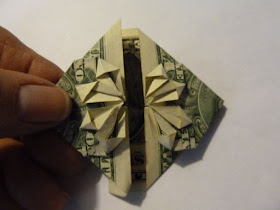 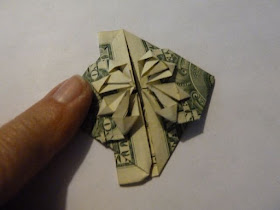 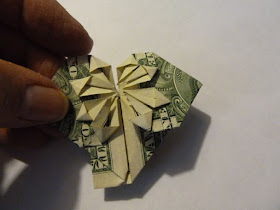 8.  Tuck in one of the tabs and then tuck in the other tab tightly.  Press down to secure the fold.  Turn over and fold in each side evenly to better form your heart. 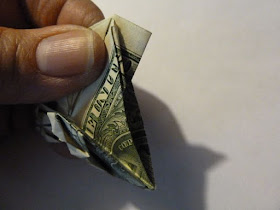 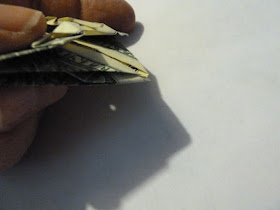 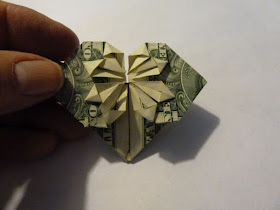 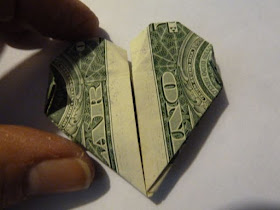 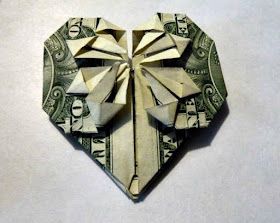